Little Women (2019) is my new favorite queer feminist film. The writer and director, Greta Gerwig, perfectly encapsulates the feeling of ‘the more things change, the more they stay the same’ and that’s what makes this period film shine. For an adaption of a one hundred and fifty-year-old book, this movie feels modern and relatable. This is due in part to the acting abilities of the ensemble cast, featuring A-list names like Emma Watson, Saoirse Ronan, Florence Pugh, Timothée Chalamet, and Meryl Streep, among others. The famous story follows the March sisters through their early adulthood in the 1860s, splitting between households and jumping through flashbacks before ending slightly after the publication of Little Women in 1868.

There are many period films produced today that try to push modern views on historical characters in order to fit in with today’s standards (cough-Enola Holmes-cough), but Little Women is a good example of how to do so gracefully. The characterization doesn’t deviate strongly from the book and the feminist views the sisters express are realistic for the era and location. The strongest example of this is found in Jo March (Saoirse Ronan), the author, simply in the fact that she even wants a job, aiming to find a way to support herself without relying on a husband. She even goes so far as to beg her older sister, Meg (Emma Watson), to run away with her on Meg’s wedding day, to which Meg replies that she truly wants to marry and raise a family. This is why I call this movie a feminist film, because it doesn’t only focus on women’s independence or force Jo to act like a man to be taken seriously. This film uplifts women and doesn’t frame femininity like something people need to reject in order to be “feminist”. All the sisters are valid and supported by each other whether they want to raise a family, write a book or marry rich, and that’s what separates this film from other movies. 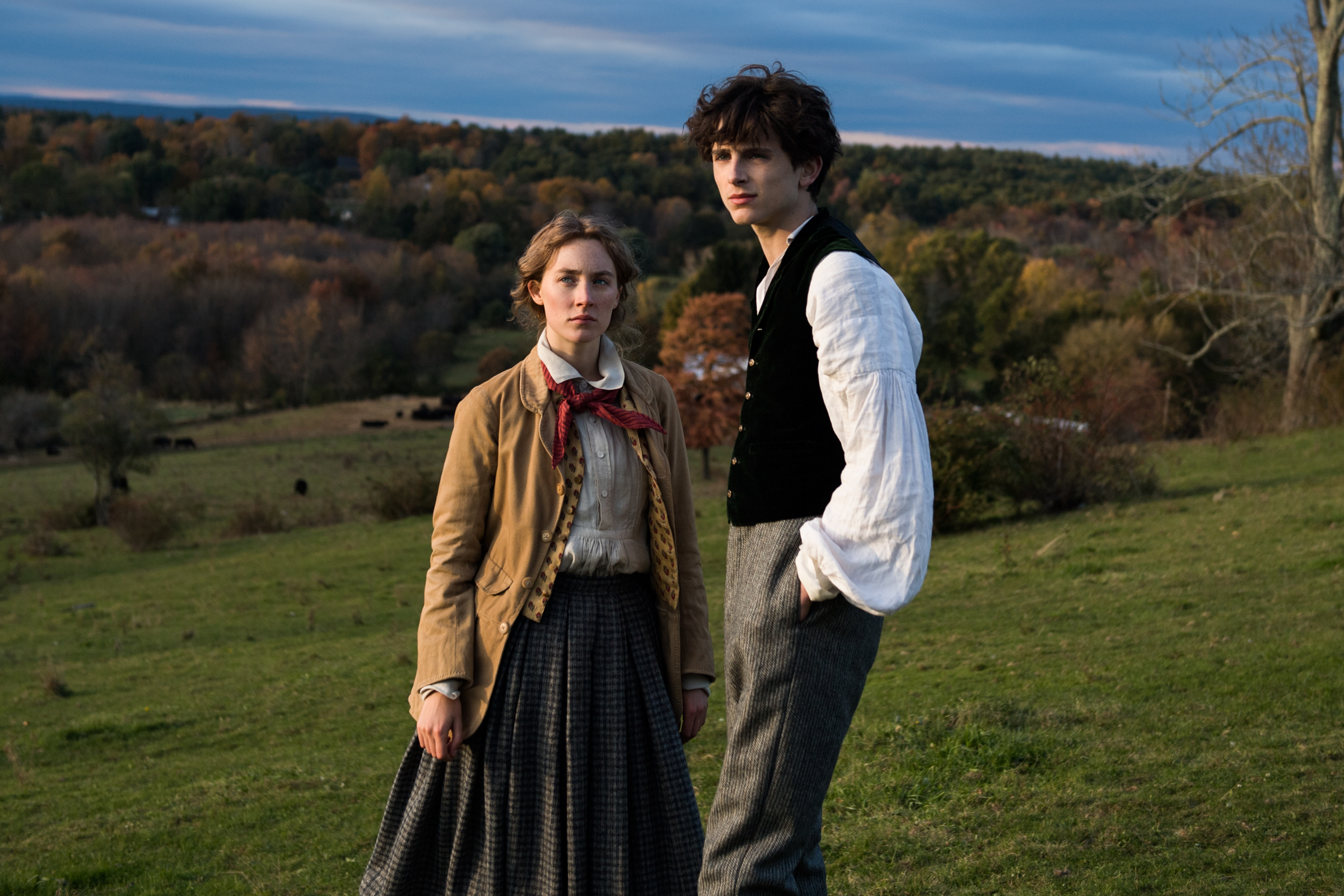 One other interesting thing that changed from the book to this film adaptation also involves Jo March. It is strongly implied she is a lesbian, while directly contradicting herself and that implication in the final scenes of the film. The movie begins and ends with her pitching her writing to a publisher and being told that her female main character must end up married to a man by the final chapter. She objects but – as it is in the book – she ends up kissing her male love interest anyways. This scene is very romantic and is intercut with her publisher praising the scene and the movie ends with her looking at her published book with bittersweet music playing in the background. This is interesting, because in the movie, Jo is proposed to her best friend Laurie (Chalamet), and she strongly turns down his offer, even stating “I don’t see why I can’t love you as you want me to, I don’t know why”, “I’ve tried to feel that way towards you, and I wish I could”, and “I don’t think I will ever marry”. For the majority of the movie, she shows no interest in men, and only begins to doubt herself when she grows lonely with her sisters gone. So, although Gerwig couldn’t go against the book and make Jo an outright queer woman, she did write and direct it so that Jo’s “romance” at the very end of the book/movie is framed as if it wasn’t real. It leaves Jo herself unsatisfied with the ending of her book, which is a masterful use of direction. 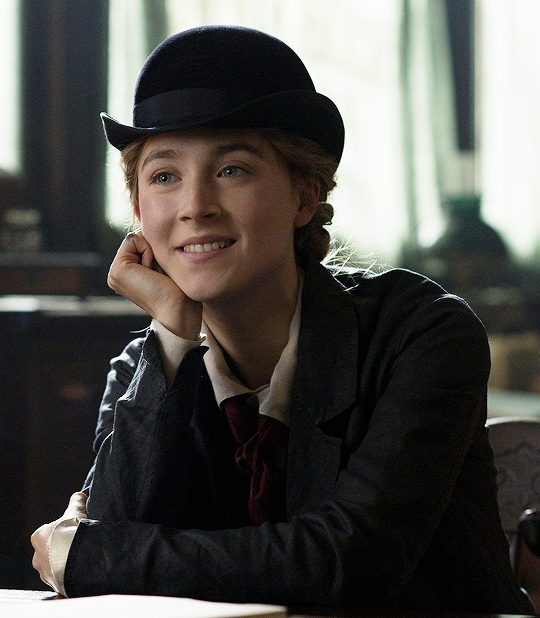 Jo (Ronan) during the final negotiations meeting before Little Women is sent to print. Jo insists on owning the copyright of her book and wins.

I give this movie five stars ⭐⭐⭐⭐⭐ for the story, acting, direction, and would recommend this to any other women or families looking for a feel-good, well-made movie.

Catherine Fruzyna is an Environmental Geoscience major working towards a Sustainability minor. This is her first time writing for POVWinona