Recognized by the National Film Preservation Board in 1994 and claiming a spot in the Top Ten Films list by the National Board of Review in 1932, director Howard Hawks’ Scarface is one of the most raw and brilliant gangster movies created to date. Putting life back into a nearly over-done genre, the original 1932 Scarface is led by Paul Muni – lead character Tony Camonte – and is based off of Armitage Trail’s 1929 novel, which itself was inspired by the O.G. Al Capone. At the time the film was released, the prohibition – a nationwide U.S. ban of anything to do with and including alcoholic beverages – would come to an end a year later; However, from 1920 to 1933, the prohibition very much shaped America into an alcoholism-ridden, violent, and politically corrupt society. Scarface did not thrive off of being a part of a unique genre – gangster-genre movies at this point had already been explored and ventured into with the revelation of sound-film, nor was it entirely accepted by society as a whole for its presentation of culture, as made evident by the outcry for censorship and the alternate ending that had to be included. Instead, the film thrived off of its realism and controversy through excellent cinematography and direction in a world that was hardly ready for this film’s brilliance – i.e., not Just Another Gangster Movie.

The film follows Tony Camonte (Paul Muni) as he climbs through the ranks of the gang-world, which runs Chicago at this point in time. After shattering the “peace” in the gang community by killing his own boss and one of the last old-style gang leaders, joining another gang, and rising in ranks, Camonte continues to thirst for more and plots to be the king of the whole city. With an Achilles heel – his eighteen-year-old sister Cesca (Ann Dvorak) – paired with his ever-increasing thirst for power, Camonte often loses his edge, and this becomes more and more noticeable as the film goes on, both by other gangs and viewers.

Scarface succeeded within its cultural circumstances, relishing in the real-world issues of organized crime in the prohibition-era and creating a realistic entertainment that also points fingers at the government to rid the underworld of gang-violence. With such a relevant and applicable message, the producers had to pull it off spectacularly to have any chance of nationwide recognition – and they succeeded. The low-lighting and visual darkness used when producing the film create sharp contrasts that enhance the effect of the film as a whole. Smart use of lighting allowed for the message and storyline of the movie to shine through (no pun intended) and created a sinister and violent edge. This movie is considered to be one of Howard Hawks’ most successful work, Hawks being credited as “the greatest American director who is not a household name” by Walt Disney Creations founder, Leonard Maltin.  Hawks was a dynamic director, having ventured through several genres including noir, comedy, westerns, gangster, and more. He was nominated for an Academy Award for Best Director in 1942 and is credited as having influenced some of the most popular directors of all time, such as Quentin Tarantino (director Kill Bill, Pulp Fiction, and Sin City) and Martin Scorsese (director of Taxi Driver and The Wolf of Wall Street). Scarface could not have been as relentlessly in-your-face and unapologetic without Hawks backing the film every step of the way, and Hawks’ talent for creating realistic and natural portrayals is staple Scarface had in contrast to other gangster films of its time. Scarface’s raw portrayal may have offended some in the Italian community for culture appropriation as well as those who did not want glorification of gang-life, but it was nonetheless gushed over by all on both sides of the critic-spectrum. Drumming up conversation with its wit and violence while revealing deeper roots of corruption in society, it was a societal statement that slapped the nation. Through outcries for the film not to see the darkness of theaters due to glorification of illegal activities and gang life, severe censorship taking over, and an alternate ending having to be created to even allow showings, the film was still a success. Due to its subject-matter and direction, the film only continued to grow in adoration from the public and was applauded for its accurate portrayal and influence on the future of the genre. The film was remade and released in 1983, which became a massive hit and well-known movie to the public. 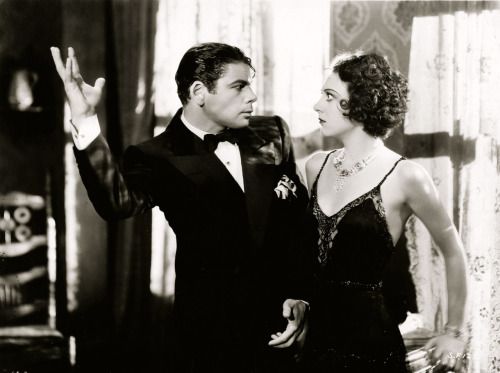 Scarface received a 100% rating by Rotten Tomatoes and a 7.8/10 rating by IMDb, and raves across the board from several newspaper critics and online reviewers. A brilliant work that is never boring, the film put energy back into the gangster/crime genre in its time and is still regarded as one of the finest examples of the genre. Director Hawks and team ran with the controversial edge of the story and continued to highlight the film against others with the low-lighting cinematography and intense contrast. Its short run-time doesn’t mean less action or less time to develop the story but allows awe to overcome viewers at all that can be successfully portrayed in that time – and still holds its best features up well to today’s standards.