The Social Dilemma (2020): How Do These Social Media Sites Keep You Sucked In? Have you ever wondered why a certain advertisement popped up on Facebook? Or, why a specific URL tops the list on a Google search? The 2020 documentary The Social Dilemma, directed by Jeff Orlowski, answers these questions and many more about the fears and consequences of using search engines and social networking sites. This film brings in people who previously worked at places like Google, Facebook, Instagram, Twitter, and others, and asks them about the dangers and addictiveness of participating on social media. The film illustrates these concerns by explaining and showing how social media affects the common family household. The brutal facts, acted-out examples, and influence of money on social media make this film a must-see.

Isla (Sophia Hammons) on her phone in the bathroom questioning her appearance before bedtime.

The facts in this documentary convince and concern the audience on the use of social media. Several times throughout the movie, the tech developers (Tristan Harris, Jeff Seibert, Bailey Richardson, etc.) for these sites explain how social media has become dangerous. One of the facts presented displays how suicide and self-harm rates have increased drastically since social media became popular. The suicide rate for teens and preteens has risen 70% and 150%, respectively; this rise directly corresponds to the rise of social media. Political and party polarization represents another danger of social media use. According to the Pew Research Center, the Republican and Democratic parties have never been more separated than they are now. Along with the huge rise of “fake news”, people affiliated with one side or the other only receive and obtain views of that same side; This tells us we are just being fed what we want to hear. The facts presented in this film really challenge people and their beliefs as to whether we should use social media. 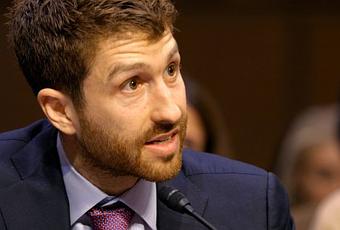 Tristan Harris (former Google employee and co-founder of the Center for Humane Society) explaining the dangers of social media at a conference.

Acted-out examples of a suburban family with one son and two daughters help illustrate these brutal facts. This documentary helps shed some light on how facts presented by the professional actors (the tech experts) may impact family life, as portrayed by the social actors, with some more realistic than others. One of the realistic examples is when Ben (Skylar Gisondo), the son, tells his mother (Barbara Gehring) that he can restrict himself from using his phone for a whole week. Some people could do this, but the fear of missing out grips Ben when Facebook sends him a message about a girl that interests him. After Facebook finally reeled Ben back in, they absorbed him in notifications and different ways to keep him there. But, one of the family situations that does not seem too realistic is when the mother restricts the family from using phones at the dinner table by placing them in a locked box. The beginning of this situation seems very realistic and the awkward silence at the dinner table without phones is very real for some families; however, during dinner when the youngest daughter, Isla (Sophia Hammons), smashes the locked box with a hammer, it feels unrealistic and too hyperbolic. The acted-out examples altogether do demonstrate and emphasize the facts though, showing why they are relevant and important.

Ben (Skyler Gisondo) scrolling through Facebook after four days without his phone.

Finally, money strongly influences what Facebook and other sites prioritize at the top of “trending”. Although the sites themselves remain free, many industries – and even countries – pay for advertising on these sites. For example, during the last presidential election, Russia utilized Facebook and other sites to persuade some people to vote a specific way. Ever since the 2016 presidential election, Russia has put out advertisements and “news” to persuade people that democracy is a faulty system. This has clearly persuaded some people, as the country has become more and more divided in recent years.

Also, one of the tech experts compares Facebook to Wikipedia, which portrays the money influence of social media. Wikipedia does not contain advertisements and only accepts money in the form of donations, but if it functioned more like Facebook, it could get ugly. If every person who typed something into Wikipedia received a different article, reality would be extinguished, or at least be questioned. One person would read something that adheres to their viewpoints and another would read something else. Not to mention that Wikipedia would then have to track what one does online to gain some intel into what that specific person might want to see next. Money strongly influences the actions of social media tech giants and can impact what one sees when turning on their phones and using the internet. 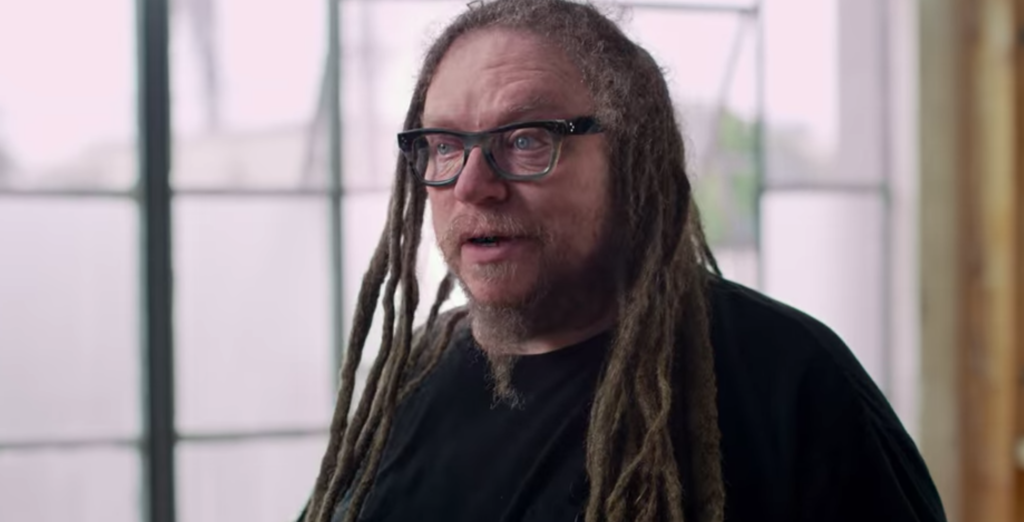 Jaron Lanier (a computer scientist and founding father of virtual reality) explains the influence of money on Netflix.

Due to the brutal and convincing facts, acted-out examples, and evidence of the influence of money on social media sites, the 2020 film The Social Dilemma is a ⭐⭐⭐⭐ movie in my book. This documentary is extremely relevant right now and has already caused some tension with Facebook. “I know this [documentary] will not persuade everyone to stop using Facebook,” said Jaron Lanier (a computer scientist and founding father of virtual reality), “but, I know some people will delete their accounts after watching this.”

I am currently a senior at the Winona Senior High School and PSEO students at Winona State University. I am a member of the National Honor Society. I also enjoy soccer, playing the tuba, and mathematics.